Home Entertainment Capsule Reviews: THE HEIST, HOW TO BUILD A GIRL, and YOUNG MONEY
Entertainment

Capsule Reviews: THE HEIST, HOW TO BUILD A GIRL, and YOUNG MONEY

This week I did not have anything to recommend wholeheartedly, so here are a few mini-reviews of some books I just read. They are completely different genres, so there should be something for everyone…

THE HEIST by Daniel Silva: 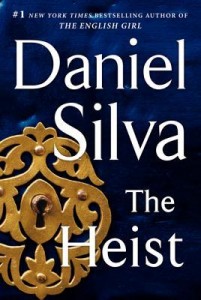 This is a spy thriller starring an Israeli art restorer named Gabriel Allon; it’s the 12th in the series. I haven’t read any of the others, so I can’t compare it to them, but this one got good reviews. The plot centers around an investigation of a brutal murder of a British spy-gone-rogue, which segues into the glamorous international underworld of art theft. There’s another twist with the revelation of the identity of the maximum bad guy, who is described in understated fashion as “The Worst Man In The World.” The politics of the Middle East, a (real) stolen Caravaggio, and the present-day Syrian conflict are all featured prominently.

My take: I thought it was formulaic but decent. After reading it, I had a keen desire to figure out how I too could become an Israeli intelligence agent, since Allon mainly just zips around between uber-luxurious European locales on the generous dime of the Israeli government. Apparently, if you are a covert spy with major art connections, you bounce between Paris, London, Venice, Linz, Geneva, Corsica and Marseilles, among other posh places. I could do that! At no point did he have to go undercover in, say, a Mumbai slum or a roller-blind factory in a Polish suburb. Which is fine with me.

HOW TO BUILD A GIRL by Caitlin Moran: 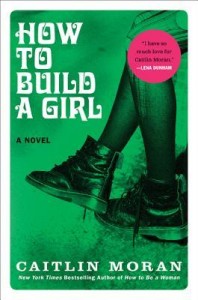 This was originally going to be my full-length review. I bought this book after seeing it on a list of starred reviews, with no idea what it was about. Welllll, turns out it is slightly more raunchy than is really appropriate to describe in a wholesome family-oriented website like CSP. (Not that half of y’all didn’t read 50 SHADES OF GREY. I bet you did. And I sure hope you were offended by the ghastly writing.)

Unlike 50 SHADES, though, the narration here is terrific. The plot centers around an insecure, chubby adolescent named Johanna, whose family lives in poverty in a council house (the British equivalent of a welfare project.) Her father is an aging bohemian alcoholic, her mother keeps churning out children, and her schoolmates are anti-intellectual dolts. Johanna is awash in hormones and literary aspirations, and can’t stand her life—especially after she humiliates herself during a television appearance to read a prize-winning poem she’s written. She decides to reinvent herself as the merciless and brilliant Dolly Wilde, who’s the personification of teenaged cool. She somehow manages to get employed as a music critic in London, which gives her access to plenty of sex, drugs and rock’n’roll, and she spirals around in various grungy venues entirely unsuitable for an unsupervised teenager, trying to determine the path her life will take and the kind of person she will be.

As a coming-of-age story, this one feels like much of it is written purely for shock value. It’s definitely disturbing, and often gross, and sometimes meandering. The author denies that the story is autobiographical, although Johanna shares a lot of similarities with Moran’s own background. But her voice makes the book worth reading; she’s engaging, bright, witty, and employs an intriguing mixture of insight and pure cluelessness. Reading it, you might sometimes giggle and sometimes frighten bystanders with disgusted shrieking. But at least it’s not boring. 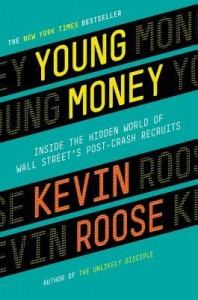 I’ve gotten into financial non-fiction lately (dork alert!) and this one is a fairly breezy read. It follows the real lives of eight college grads as they negotiate the often-toxic environment found at the bottom level of i-banking: the analyst job. One hundred-hour-weeks? Check. Getting ripped by pissed-off senior-level bosses? Check. Being forced to miss crucial life events, such as your sibling’s wedding or the gasping final farewells of a dying relative? Dingdingding! I can totally relate to this, since it sounds a lot like being a surgical intern (minus the occasions where someone is spraying you with blood, and with the addition of much better reimbursement.)

I live in Charlotte, so most people I know are either bankers, married to bankers, or used to be bankers. So probably a lot of my readers don’t need to read this book, because they’ve lived it; they know more than they want to about Excel spreadsheets and pitch books. But a major focus here is how the the perception of the financial industry has changed since the Horrible Worldwide Banking Fiasco of 2008, and how this impacts those who are just starting out in a financial career right after the big implosion. Bottom line: it hasn’t improved matters any. The analysts still have wretched work lives, but they also have the added challenge of beginning their careers in a climate where the average Wall Street overlord is about as popular as herpes, and where lay-offs and lower bonuses abound. And since most of the analysts are 22-year-old males, they demonstrate plenty of their own odious behavior (ever heard the phrase “doing models and bottles?”) However, the eight main characters Roose chooses to profile mainly seem to be diverse, wholesome, good people. They struggle somewhat with the disconnect between Wall Street and Main Street; ultimately, some of them wind up being successful in the field but some of them switch careers.

I found the book to be light and fast-paced but the structure is disjointed; it constantly switches back and forth between the eight main characters (most of whom were never really memorable to me) and the author’s own experiences infiltrating the more secretive sides of the industry. It’s interesting, though, and the finance stuff is presented clearly. (Inevitable comparison: it’s not LIAR’S POKER, one of Michael Lewis’s best-known Wall Street exposés; if you are interested in the subject in depth, I’d recommend that one or THE BIG SHORT.)

From our friends at TTWS at Myers Park Baptist: What should I look for in a preschool program??

This site certainly has all of the information I wanted about this subject and didn’t know who to
ask.