Home Parenting What would Claire Huxtable do?
Parenting

I’ve been watching lots of re-runs of “The Cosby Show” lately. At first I thought I was watching out of good ‘ol nostalgia – I mean, whose childhood wasn’t rounded out by a solid Thursday night viewing of the Cosby family? So many of the episodes are etched in my memory. Then, the more I watched, the more I realized I was honing in on the reactions of one character in particular: 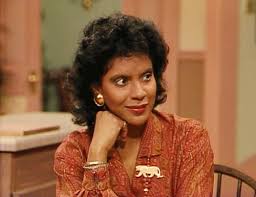 Who would’ve thought? Back in the day I was totally focused on Rudy and Vanessa, and, at times, the shenanigans of Denise (and really only because “A Different World” came on after the Cosbys). Sandra was way too old for me to relate, and Theo was…a teenage boy. I wasn’t that, and I didn’t have a brother. I definitely didn’t relate to him.

Fast forward a couple of decades, and Claire Huxtable is who I not only relate to but actually look up – even though she’s merely a fictional TV character.

I never gave it much thought as to whether or not Claire and Cliff were “good” parents. I guess they were so much like my parents were – strict, but loving and engaged – that I didn’t really realize that not ALL parents were like that.

I also didn’t realize how hard it was to be THAT parent. The parent who is strict, loving, AND engaged. It’s a full-time, 24/7, break-your-heart-and-your-insanity kind of job (not that I would know exactly because I am by no means THAT parent most days of the week).  But Claire Huxtable seems to do it with such ease. And grace. And with another full-time career as a hot-shot lawyer. Amazing, I tell you.  How did I never notice all that she was doing when I was watching the show in the 80s?

I guess the same way I never noticed all that my mom was doing in the 80s.

Well, times have changed, and I notice both in a big way. Just like I notice how much the role of TV mothers has changed in a generation (not to get all political – just an observation- but do you feel the same way?).

I find it so refreshing and relaxing to watch a mother on TV who has it all under control – even though it’s completely unrealistic. After watching so many episodes of the “other” Claire – Claire Dunphy from “Modern Family” – I’ve come to the conclusion that I’m much more Claire Dunphy, but I wish I were more Claire Huxtable. I watch Claire Dunphy and laugh every single time, but it’s like I’m watching my own jumpiness, stress, and anxiety over parenting decisions I have every day. But then I watch Claire Huxtable and it’s so… Zen (except Claire totally didn’t need yoga to keep it all together). 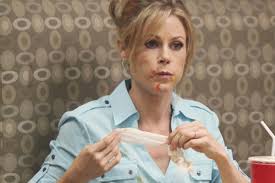 That girl was made of some sort of 80s magic.

I think we could all use a good dose of 80s magic every once in awhile.

So, if you’re knee-deep in a stack full of parenting books, take a break, turn on the Hub, and binge on some episodes of the “Cosby Show.” Best parenting manual out there. (It feels like you’re sitting down to your old favorite book and a big hug. Trust me).

From Charlotte Radiology: Breast Health at Every Age

My “things I wish I knew” birth plan

How to be Cool When You Suck at...

I never thought about it, but it’s so true! Then I wonder how she really did it. Seriously.

Claire had to go to work so she could buy her husband those AMAZING Mr. Huxtable sweaters. Loved that show! So wish I could be as cool as her.

You are so right on here. Love the Cosby Show and loveThe Huxtables parenting skills. There was the right balance of firmness, humor and accountability. If only we could all be like Claire and Cliff!