For the longest time, I ate the same breakfast every morning…yes, every.morning.  For those of you who know me, you will not be at all surprised to hear that my breakfast for 13+ years consisted of “low-fat” brown sugar and cinnamon pop-tarts with a sugar free redbull…I know, breakfast of champs right?  Well, I’m a creature of habit, and I gotta tell ya, I looked forward to it every day!  When I traveled for work, I would even make sure to pack my own pop-tarts because not everyone sold the low-fat kind…and it had to taste the same LOL!   The ONLY time I deviated from that breakfast was when I was pregnant.  Then one fine day, my husband challenged me to give it up for lent, which I did and never looked back.

What that did however, was leave me with a dilemma…what the heck was I going to eat for breakfast every morning??  I played around a bit, and found that my breakfast had to be fast and it had to be mobile!  None of that, sitting with a bowl of cereal nonsense…I needed something that I could take with me as I did whatever needed to be done!  This is one of those very breakfasts.

This is SO versatile and can be made ahead of time; so that all one has to do is re-heat and go!!   They freeze beautifully, and have just a TON of protein, virtually no fat, and did I mention they taste delicious?!  They are the perfect size to throw onto a toasted English muffin, or a quick chop and throw into a pita, or my favorite, just as is.  This is also the PERFECT thing to make with kids as they really can customize what they want to put into it.  As long as you follow the basics (liquid to veggie/meat ratio), you’re good to go! 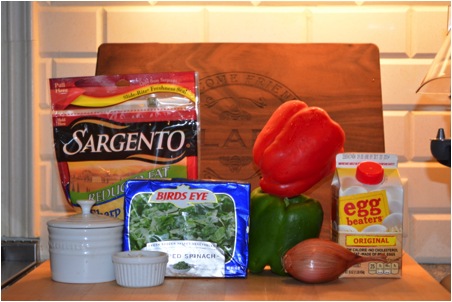 I mentioned this is great to doctor up, and these are some of my favorites…Deli ham, turkey sausage, red pepper flakes, Dijon mustard, garlic powder or grated pecorino romano cheese (this is also reeeaally good with goat cheese and roasted red bell peppers…but I digress…;o) 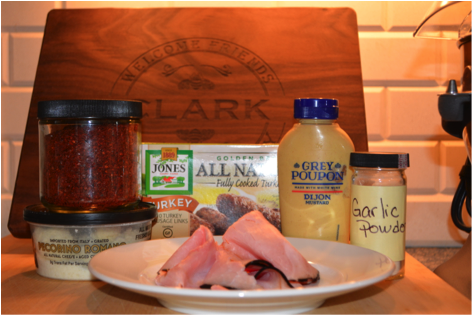 Even though you only need a quarter of each pepper and onion, it would be CRAZY to only chop up a quarter and throw the rest back in the fridge (that’s how veggies end up in the garbage – you use some and the rest tends to get forgotten in the fridge).  This is a perfect opportunity to get a jump start on the next time you make this (or so many other things!)  You’re cutting board is already dirty, why not just hammer it out?!!  Chop up both peppers into small dice.  I find it easiest to slice them somewhat thinly, then give them a chop. 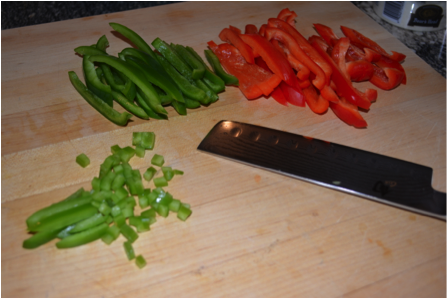 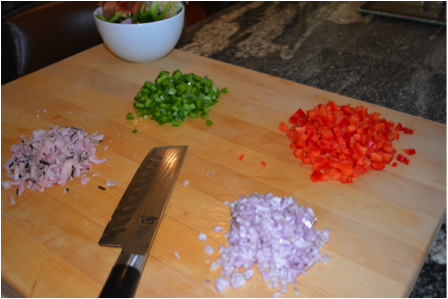 Once you’ve chopped up all of your veggies and pre-cooked meat (if you’re using any) you want to quarter each veggie and divide the meat into ¼ C portions (bacon, ham or sausage all work really well here) so that you can throw them in ziplock baggies and into the freezer they go!  Put roughly ¼ C red pepper, ¼ C green pepper and ¼ C onion/shallot into each baggie.  So you’ll have prepared 3 baggies and the rest will go towards this recipe. 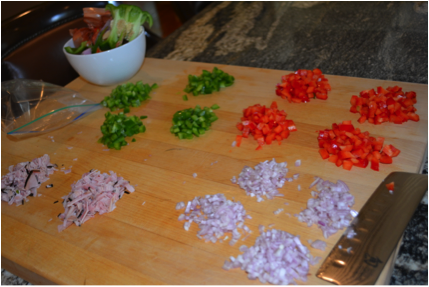 Here is one my favorite tricks…seal the baggies, leaving only a tiny opening at the end (just big enough to put a straw through), then suck out all of the air.  It will take you 10 seconds tops, but it will keep freezer burn out so that it lasts longer and both the flavor and color stays just as great as the day you chopped them!  VIOLA!  Homemade vacuum seal!!!  Just make sure to flatten them out in the bag for quicker thaw time – and they will be easier to stack in your freezer. 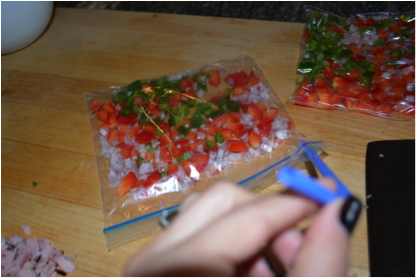 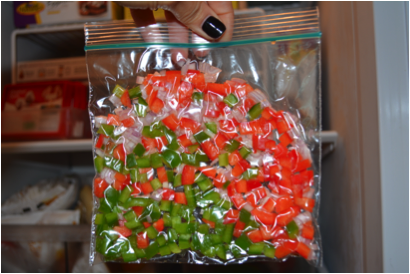 Sauté the veggies in a little extra virgin olive oil (about 2 tsp) and cook until softened (about 3-4 minutes), then add your meat of choice (if using).  It’s already cooked, so at this point you just want to heat it through.  Turn off heat and let it sit while you get everything else ready. Meanwhile, give the thawed spinach a really good squeeze to get all of the excess water out. 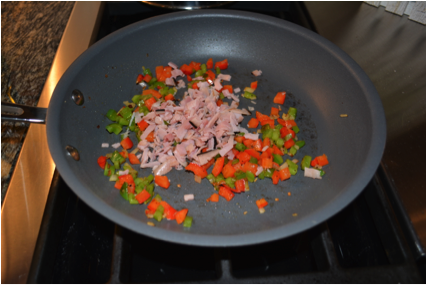 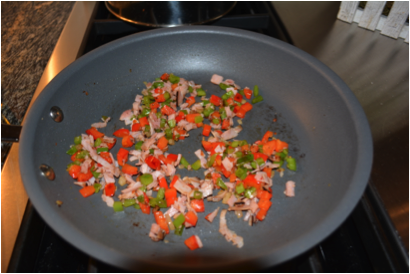 In a large mixing bowl, add the eggs, veggie mixture, spinach, cheese and whatever flavorings you want (for this one I added 1 tsp Dijon mustard, salt and pepper and ½ tsp garlic POWDER (not garlic salt).

Using an ice-cream scoop (mine is just shy of ¼ C measurement), scoop the filling into muffin tins that have been sprayed with cooking spray (I like Olive Oil Pam). 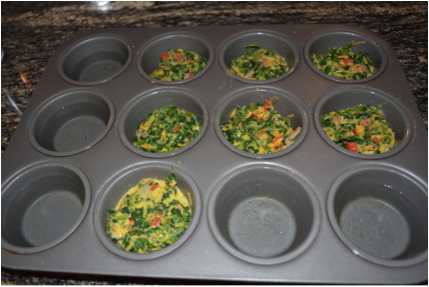 I don’t own a muffin pan with only 6 wells, so to keep the unused wells from scorching, I just add some water about halfway up in each well.  This also helps to keep the muffins moist while they cook in the oven!   Bake at 350 for 15-20 minutes (15 mins if using convection oven). 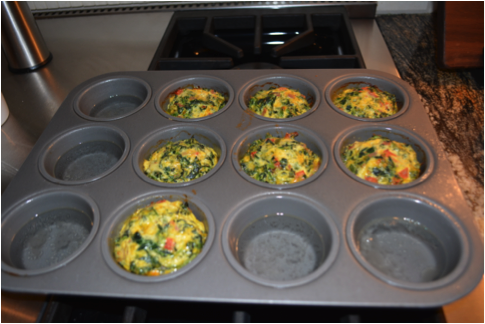 Let cool in the pan for about 5 minutes, then serve.  I must say theses are GREAT at room temp.  Make them the night before, then just pop them in the microwave for 15-20 seconds and a healthy and delicious breakfast is served for you and your kids!!!  This is also a great addition to any brunch or to have as a light lunch paired with a salad!   This doubles beautifully, so you can make a double batch and have breakfast ready throughout the week…if they last that long that is!!!  Enjoy! 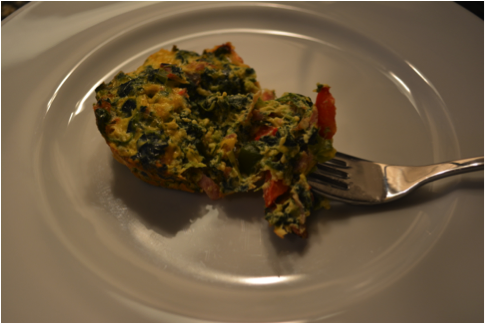 Vegetable “Cupcakes” (as my daughter calls them :o))

This Little Light of Mine

Meet Peace Preschool: A Small School in a...