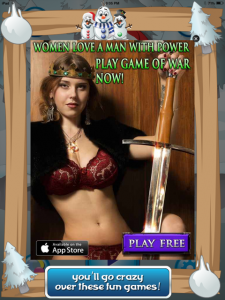 We have a 2-year old son and a 5-year old daughter in kindergarten. After lots of research, and open houses, we decided to apply to one of Charlotte’s Independent, faith-based schools. Our daughter was accepted and she loves it. She also loves playing with my IPad. So when we were trying to come up with a Christmas list, we decided we would get her her very own tablet. So, true to form, I researched all the tablets on the market, specifically those designed for kids. I included a Kindle Fire and an iPad Mini just for kicks and giggles. I decided that a Leapster Ultra would be the best choice, which all became irrelevant when I sent my husband out to buy it, and he came home with an iPad Mini instead. So much for the time I spent researching! He said he wanted something that she wouldn’t outgrow and thought the Leapster would be a “baby toy” in a year or two.

So Santa left an iPad Mini under the tree, which was fine. At least I knew how to set it up, including all of the parental controls and security features. I knew she wanted some of her favorite apps from my iPad, so I immediately downloaded those and several others. She LOVES it! It has definitely become her sidekick.

The week before she went back to school, I decided to take her to the movies to see Disney’s Frozen. The movie was awesome and we both just adored Olaf! When we got back home, she asked if we could search for Disney Frozen apps on her iPad Mini. I thought that was a great idea! So we typed in the keywords and found several, one of which was called “Frozen Snowman Knockdown” by Mokool Apps, Inc. You play the game by launching snowballs at “Olaf-looking” snowmen to knock them off the wall. We played it a couple of times and I have to admit, it was a cute and fun little game. Patting myself on the back, thinking I was the best mom for finding the coolest apps for her…until it wasn’t so cool anymore.

One evening as we were hanging out in the kitchen, my daughter opened the app. Simultaneously, her dad asked her a question so she turned to answer him. All of a sudden, my husband asked, “What is she playing?” With much pride I responded, “Just one of the apps I downloaded for her.” “What app is that?” he asked. I looked down at her iPad and to my dismay…a women in a bra and panties, from what looked like Fredrick’s of Hollywood, with her left knee raised and off to the side, holding a sword that rested on the inside of her left thigh, with the caption “WOMEN LOVE A MAN WITH POWER. PLAY GAME OF WAR NOW!”….It was an ad. But not just any ad. It was the kind of ad that makes dads steal the Victoria Secret catalog. It was the kind of ad that makes you wonder who comes up with this stuff. But most importantly, it was the kind of ad that no 5 year old kid should be bombarded with when just trying to knock an “Olaf-looking” snowman off the wall!

I softly asked to see her iPad, trying not to alert her that there was something wrong. And quickly took a screenshot and then deleted the app. I just explained it away as a bug in the app and the company has to fix it.

It’s a bug alright and “fixing it” has preoccupied my time ever since.

How is it ok for an ad of that nature to show up on a game that is clearly targeted for kids…really young kids? Is there no regulation for this? I’ve never seen a Victoria Secret commercial on Sprout or Nick Jr.

So of course, now I am having buyer’s remorse and dreaming of a LeapPad Ultra. Yes, she probably would have outgrown it and yes, the iPad is a great long term option. But the only long term option I truly care about is the option of her remaining a “little girl” as long as possible.

I sent an email to the app developer and a small portion of my faith in humanity was restored with this response:

I am very sorry and totally understand your concern, thank you for bring[ing] it up, I am sure others [have] seen this and don’t mention it, so I am happy you did mention it. Here is a promo code to get a copy of the ad free version + 150 SaveMe to play longer – MTLFEKJHAENH. This won’t resolve it, but your daughter can enjoy the game 🙂
I will look into resolving this issue as it impacts user experience. We don’t choose the ads and I will look into seeing if we can control ads like this to be avoided, I really hope we can to create a better user experience.

Once again, sorry and thank you for mentioning it.

I guess the moral of the story is that free apps aren’t free…there can be a huge price to pay in the form of the innocence of a child. So not only did “we” buy the iPad mini, which costs double what the Leapster Ultra costs, we also have to pay for the full version of all the apps to avoid the ads. Sometimes “baby toys” are just right.

Congratulations to our Smarty Pledge to Purge Winners!

From our friends at CCDS: Finding Screen Time...

Last days as a family of three.

Smarty Alert: Mark Your Calendars for EpicFest, a...