Home Parenting Love it or leave It
ParentingStyle

My New Year’s resolution this year is to finally do something with our house.  It’s on a nice wooded lot at the end of a cul-de-sac with lots of young families with kids.  It’s a great house, in a great location, with great neighbors assigned to great schools.  We bought the house before we had kids and it seemed HUGE with four bedrooms and three full baths.  Ten years and four kids later, we are bursting at the seams, but right now we love it more than we want to leave it. How did we get here?

When my wife was pregnant with our first kid and we were looking at homes, I tried to be realistic about home renovation projects I could reasonably accomplish with a new baby in the house.  I had no grand illusions that we could buy a fixer-upper and I could do all the work myself, baby napping peacefully next to me while I used power tools.  The house we bought was essentially move-in ready except for the early 80’s wallpaper throughout. This will be easy. 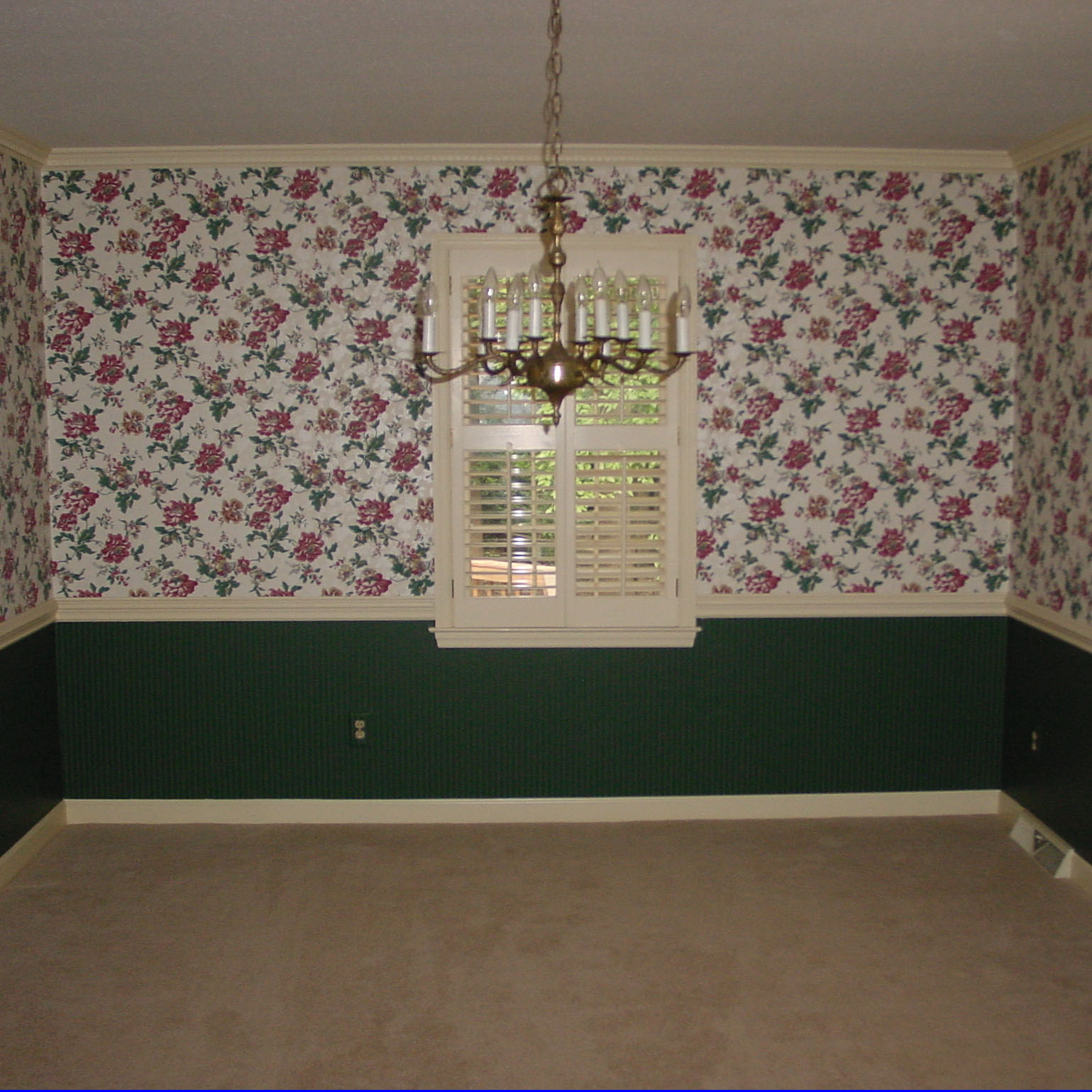 After we moved in, I envisioned myself removing wallpaper and painting while the baby slept and played nearby.  I tried it and… it turns out I was delusional.  It all came to a head one day after I had spent months removing two layers of wallpaper (one strippable80’s-era kind and one 70’s-era kind cemented directly to the wallboard – grrr!!) in our dining room during naps. I was being a perfectionist and had spent a ridiculous amount of time skim-coating and sanding the wall to ultra- smoothness.  Finally, I was putting the final coat of paint on the wall during my infant daughter’s nap when she woke up with a blood curdling scream.  This was unusual for her and it was before video monitors were common, so I had no idea what was wrong.  I smoothed out the paint on the wall and went to check on her.  It took a while, but I calmed her down and went back to my paint job.  In the meantime, disaster had struck.  The paint had dried with large drips all over the wall.  I had to sand the entire wall down and start over.  It took me months to fix!

At this point, you’re probably thinking “Dude, you should have just hired someone to do the job and it would have been done in a couple days.  Problem solved…next.”  It’s not that easy.

Like a lot of guys, I have always prided myself on being a do-it-yourselfer.  Being a stay-at-home dad only makes it worse.  I am around the house most of the day with the kids and have lots time to think of all the cool things I could do to remodel and renovate the house if I had the free time, tools and space to do so.  Unfortunately, I don’t have the time, tools or space to do the work.  It’s been at a standstill for the last few years.

In the end, my New Year’s resolution is to finally swallow my pride and call in some professionals (architects, general contractors, etc.) to see whether we can remodel our house and make it work or if our space needs are just too great.  It’s a present to my wife.  She’s been asking me to do this for at least five years, but the spatial problem-solver in me has always wanted to do it myself.  Given enough time to think and work without interruption, I know I can do it, but I don’t think my wife or the kids can wait that long.  It’s already been ten years, after all.

How about you, Smarty parents?  Have you faced a love-it-or-leave-it moment with your home?

How to Keep Your Kids Lice Free this...

How to Throw a Successful House Party

This story sounds just like us. Bought our old house before we were married and or had kids, moving from a 600 sq ft apartment the place seemed huge, how would we ever fill it??!! 8 years later with 2 kids in tow we were busting at the seams, had two different addition plans drawn up but when we got the prices back and realized how much it would cost (one addition was going to be more than the current house was worth), we decided to try to sell. But this was when the market crashed, could not get it to sell, decided to redo the kitchen and live in it at least a few more years. This past year found a house that was perfect for us, sold ours and could not be happier in the new house. After living through a renovation, my advice is if you love the house and neighborhood and can not see yourself anywhere else then it could be worth the pain and stress you go through to live in a renovation/addition, but if there is somewhere else that you find that you think you would be just as happy, it is far easier to move!

You are getting smarter with age my friend. Let us see pictures of the finished rooms. Happy New Year to all. Hope your Christmas was blessed.

It’s amazing that my marriage has survived 2 very large reno’s. Amazing. I marvel at couples who can build a house together – all of the decisions!! We absolutely loved our ‘hood and couldn’t live without our very flat 1/2 acre lot so we chose the re-model route. We considered moving however we didn’t want to go farther out. 1st reno was the kitchen. Total overhaul – took it down to studs and even removed a load bearing wall. Boy that was fun with a toddler in the house. It was like camping…but inside…and for far too long. I’m not much of a cryer but I was reduced to tears at some point in that project. Our 2nd reno was HUGE. We added nearly 1,000 square feet upstairs and a 3rd bay on our garage. Last year, we re-did our powder room and that was child’s play.