This is for moms desperate for something new to try. We’re six months into having no Storytime, no playgrounds, no Chick-fil-A patio, seemingly nowhere to go sometimes. Even my 4-year-old son Wade asked through tears the other day after I told him he couldn’t sleep over at his aunt’s house on a weeknight:

We’re all itching to get out of the house. Vacations are winding down, and the usual rotation of summer activities has lost its luster. Hey, how about visiting the Charlotte Airport Overlook? 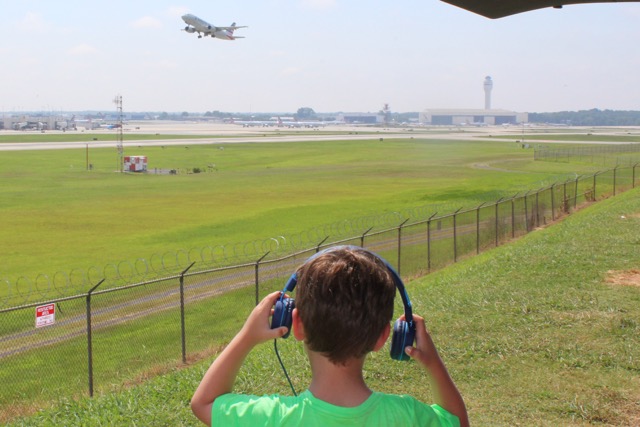 It’s been on my list of oh-we-should-do-that-sometime for a while. Seeing another mom post about going on Facebook finally motivated me to do it, especially when I read that not only did she take her three young sons once, she did it every Friday morning.

After I took my three young sons, I could see why. It’s outdoors. You’re safely distant from others, the planes taking off (and landing) give little sets of eyes instant entertainment. And it’s convenient. It’s not a day trip to the Zoo. And, oh yeah, it’s free.

The only hitch I foresaw was finding it. Reading through directions seemed a little intimidating. But I just punched the address into my Waze navigator and it led us right there. Easy.

I had read a great tip from an Overlook Facebook group that you should check flight schedules before you go. That was such smart advice. Having lived in Atlanta for 17 years, I just figured planes came and went all the time. In reality, though, I learned there are definite downtimes, some as long as 45 minutes. So when I planned our visit, I checked the departure schedule on the airport website the night before. It was super easy to do with a Google search. I saw a bunch of departures listed at 11:10 a.m., so that’s when we got there and it worked out perfectly. There were so many takeoffs, we actually had to leave to get home for naps before the line of planes ended.

The Airport Overlook is open every day from 8 a.m. to 10:30 p.m. so it’s easy to work into whatever schedule you need. The parking lot is spacious and there are some picnic tables behind the lot under a few trees. There’s not a lot of shade in general, but a popped-up hatchback and a picnic lunch will do the trick. (Translation for moms like me: run through the Chick-fil-A drive-through on the way.) 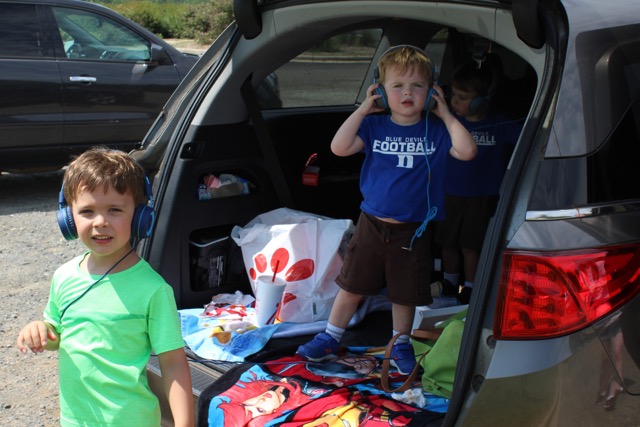 I thought our boys might need protection for their ears, and earplugs seemed beyond our 4-year-old and 2-year-old twins so I packed their Ipad headphones. They wore them as part of the fun, like they were pilots themselves, but we were far enough from the runways that they really didn’t need them.

About my only issue was that the day we went was one of those hot sticky days in mid-August. Solution? Go back on a crisp day in the fall, bring Daddy along, and the outing would be downright perfect. In other words, you can bet on it!

From the Smarty Health Corner and CEENTA: How does screen time affect your children?

The 2014 Smarty Pledge to Purge Giveaway

What is the location of this?