It’s back-to-school time again! While the school year may look a little different this year, that doesn’t mean we can’t start it off right with a great book. Charlotte Mecklenburg library has a number of wonderful reads to help students prepare for the school year. Most of the titles below are available in print and as e-resources through the library’s digital collection. Students can place a hold on any of these items or check out digital copies using their Library card or ONE Access ID number (their CMS Student ID number and the pin is their date of birth). Happy reading! 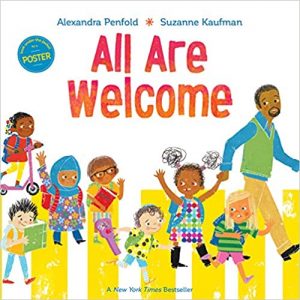 By: Alexandra Penfold & Suzanne Kaufman
Pre-School – Grade 2
The best way to start off the school year is through a warm welcome to everyone! This book is perfect for back to school reading and every day after. Through bright illustrations and simple rhyming text, children will start their day at a school where diversity is celebrated and songs, stories, and talents are shared!

The Day You Begin 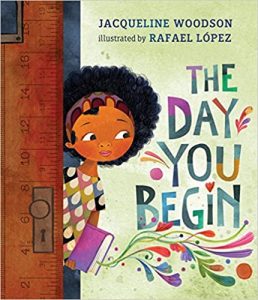 Written by: Jacqueline Woodson
Illustrated by: Rafael López
Grades K-2
Through themes about identity, friendship, and courage, young children will explore how all the things that make us different are also the things that can bring us together. A perfect choice for first day of school butterflies. 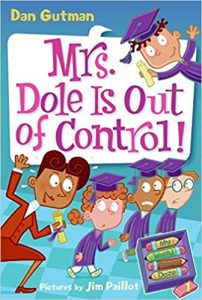 By: Dan Gutman
Grades 1 & up
Readers will laugh out loud in this beginner reader series starring AJ (who doesn’t really like school) and his arch-enemy Andrea (who LOVES school) as they find themselves in all sorts of silly and weird misadventures alongside a cast of even weirder grownups at Ella Mentry School! Additionally, with 14 books total and AJ and Andrea’s adventures continuing in the companion series, My Weirder School, it’s sure to keep kids reading through the school year and beyond! 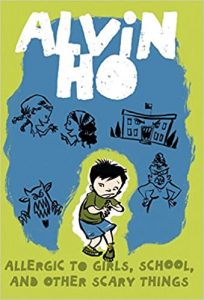 By: Lenore Look
Grades 2 & up (e-book & Print)
Second grader, Alvin Ho, is afraid of everything. Elevators, tunnels, girls, and most of all, school. In fact, he’s so afraid of school that while he’s there he never, ever, says a word. But at home, he’s a completely different person! He’s loud, he’s an excellent brother, and he’s even a superhero named Firecracker Man! Is it possible for Alvin to bring his superhero power of bravery to his life at school? This fun, silly, and thoughtful read is not only a great back to school story but will help all its readers find their back to school courage too! This is also the first book in a series, so fans can look forward to more adventures with Alvin Ho. 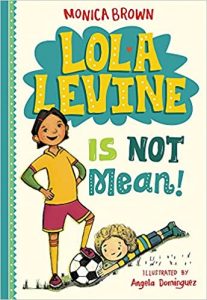 By: Monica Brown
Grades 2 & up
Second grade can be hard. Especially when you are forbidden from playing sports after a small accident during a soccer game caused you to get the nickname “mean.” This is exactly what happened to Lola Levine and despite having a wonderful family, a best friend, and her diary to help make her feel better after all the teasing started, it can still be tough when you feel like you don’t fit in. This is a great back to school story and a great reminder to children to embrace the things that make them different and that a little bit of kindness can go a long way. Also, those who enjoy this book will be happy to discover that this is the first book in a series! 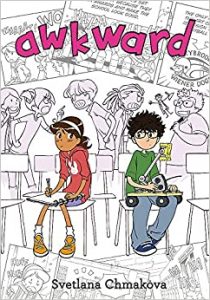 By: Svetlana Chmakova
Graphic Novel
Grades 5 & up
There are two rules to surviving middle school: 1.) Don’t get noticed by the mean kids. 2.) Seek out groups with similar interests and join them. Unfortunately, things don’t go to plan for Penelope Torres on her first day at a new school when she accidently runs into the school “nerd” and instantly feels the repercussions from her classmates. This graphic novel is the perfect exploration of the middle school experience, one that many will be able to relate to. Even better, there are two other books in the series: Brave and Crush, which feature the stories of other characters from the same school!

Look Both Ways: A Tale in 10 Blocks 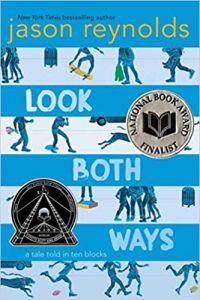 By: Jason Reynolds
Grades 5 & up
This collection of ten short stories paints a picture of what happens one afternoon after the dismissal bell at Latimer Middle School. Each tale focuses on one student or group of friends as they make their way home from school. While it may be a collection of stories, Jason Reynolds does an exceptional job of interconnecting them so readers will be reunited with a lot of the same teachers and students in each of the ten stories. 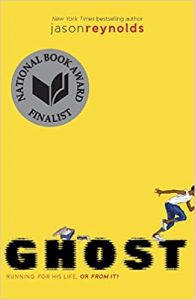 By: Jason Reynolds
Grades 5 & up
Aspiring to be the fastest sprinter on his elite middle school’s track team, gifted runner Ghost finds his goal challenged by a tragic past with a violent father. This book is at times funny and lighthearted but also deals with some serious topics from the perspective of a middle schooler. Additionally, it is the first in the Track series, so those looking for similar books can check out Patina, Sunny, & Lu as well. Since each title is its own story, they can be read in any order!

The First Rule of Punk 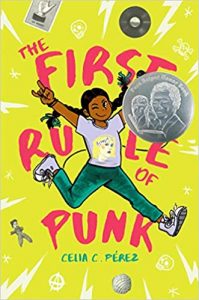 By: Celia Pérez
Grades 5 & up
This fun story about friendship and finding your place follows 12-year-old Malu as she starts at a new school. On her first day, she accidentally breaks the dress code with her punk rock look AND snubs the middle school’s most popular girl in favor of starting a band with a group of like-minded misfits. This upbeat story of being true to yourself and your beliefs is one that middle schoolers will easily rally behind! 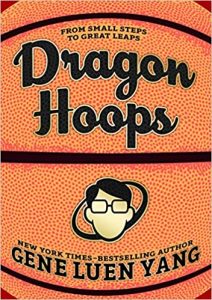 By: Gene Luen Yang
Graphic Novel
Grades 9 & up
In this biographic graphic novel from cartoonist Gene Luen Yang, readers learn that while he has always understood stories, he doesn’t really understand sports and every basketball game he played ended in pain. That is until, as an adult, the high school where Gene now teaches has a basketball team that’s all anyone can talk about. The men’s varsity team, the Dragons, is having a phenomenal season and each victory brings them closer to their goal: the California State Championships. As the season goes on, Gene becomes fascinated not just by each victory but by the individual stories of each player as well.

The Rest of Us Just Live Here 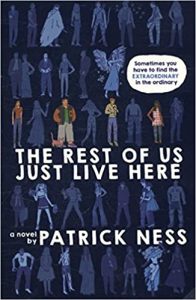 By: Patrick Ness
Grades 9 & up
In this creative parody of the “chosen one” genre, readers will appreciate the comings and goings of the normal kids. The kids that aren’t out to save the day or rescue the world. Rather, they find themselves battling things that all teens can relate to like jealousy, various insecurities, dysfunctional family relationships, crippling crushes, and simply finding the extraordinary in your ordinary life.

The Field Guide to the North American Teenager 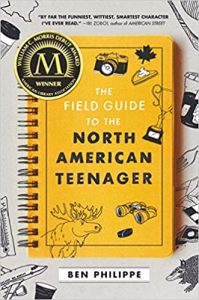 By: Ben Philippe
Grades 9 & up
When smart, clever, and somewhat cynical, Norris Kaplan leaves his home in Canada and is plunked into a new high school in Texas, he finds himself cataloging everyone he meets: the Cheerleaders, the Jocks, the Loners, and even the Manic Pixie Dream Girl. Making a ton of friends has never been a priority for him, and this way he can at least amuse himself until it’s time to go back to Canada, where he belongs. Yet something happens when those labels soon become actual people to Norris and his whole worldview starts to change. This book is equal parts funny and thoughtful as readers start to consider the labels they give others and themselves.

The Unlikely Hero of Room 13B 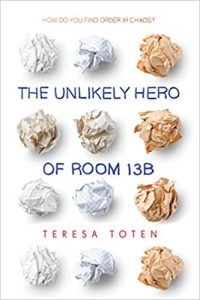 By: Teresa Toten
Grades 9 & up
Adam Spencer Ross is almost fifteen, and he’s got his hands full confronting the problems that come with having divorced parents and new stepsiblings. Add to that his obsessive-compulsive disorder and it makes everything in the world seem even more impossible. That is until he meets Robyn Plummer, a girl he finds himself hopelessly drawn to, a girl he could possibly fall in love with. But is it possible to have a normal relationship when your life is anything but? This thoughtful and engaging YA novel explores the complexities of living with OCD and provides an honest perspective for teens about mental illness and the struggles that come with growing up.

From Charlotte Mecklenburg Library: Here’s what you need...