Last month, I lucked into a bunch of Advance Reader Copies (ARCs) of mostly as-yet unpublished books, which is almost the coolest freebie ever! (Almost. I also self-identify as a fashionista, in case anybody from Prada is reading this.) Anyway, switching back into my Book Nerd hat, here is one medium-long review and three short ones. Alternatively—here are reviews of three man-books and one chick-lit novel. Enjoy! 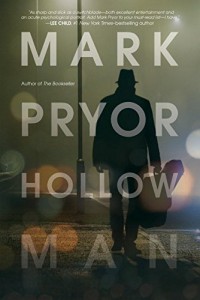 HOLLOW MAN by Mark Pryor: Meet Dominic. He’s an Austin prosecutor who moonlights as a musician in the city’s vibrant after-hours clubs. Despite a career taking down bad guys, Dominic is hiding something startling: he’s a sociopath, born completely without empathy for other human beings. Which is not to say that he has no emotions—he’s keenly interested in his own well-being. So, Dominic is plenty upset one day when he’s walloped by an awful trifecta: his parents die, he’s unfairly demoted at work, and his gig at his favorite venue is canceled when an anonymous musician reports him for allegedly plagiarizing a song. Since he doesn’t care about other people, his parents dying doesn’t register all that much, but Dominic is quite annoyed by losing income and prestige at work. And his reaction about the accusation that he stole someone else’s song can only be described as apoplectically pissed.

So when he’s offered the opportunity to score some easy cash in a burglary, Dominic doesn’t hesitate long before agreeing. After an encounter with a mysterious woman, a fellow musician named Gus convinces him to steal a van they know will be full of cash. But when Gus backs out, Dominic recruits another old acquaintance, a down-on-his-luck cop, who catches Dominic in a morally dubious situation. Then his hapless roommate Tristan stumbles on the plot and demands to be included. Suddenly he’s saddled with two untrustworthy, incompetent accomplices, and unsurprisingly, things don’t go as planned. By the end of the heist, someone is dead, all the money is missing, and Dominic is tangled in a cloudy web of betrayal.

The most interesting thing about Dominic is that he’s remarkably insightful when it comes to his own psyche. He may be a sociopath who’d casually toss a baby over a cliff if it suited his needs, but his powers of metacognition are second to none: he recognizes what’s wrong with him and is able to mimic normal human behavior (how “empaths” react) to avoid being penalized for his lack of a soul. Consequently, he’s a masterful manipulator of others. And even in his own musings, Dominic has passable wit and charm. You aren’t rooting for him, exactly, but at the same time, you (the empathetic reader) know it’s gonna hurt if Dominic gets outed as a soulless fiend. He’s smart enough to successfully plan a crime, but as we all know, the universe tends toward chaos.

So the suspense in the novel is generated by two questions: Will Dominic’s psychopathy be discovered by his colleagues? And who outmaneuvered Dominic to pocket the cash? Hollow Man is a well-written, satisfying thriller. According to Amazon, it’ll be available on September 1st, 2015. 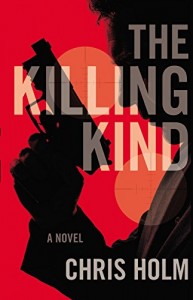 THE KILLING KIND, by Chris Holm (due out 9/15/2015): This is a Lee Child-esque gunslinger about a hit man who only kills other hit men. Michael Hendricks goes off the grid after being presumed dead in a military fiasco, crafting a successful but lonely life designing ingenious ways to terminate villains. Only now, the mob has had enough of someone outfoxing their musclemen, and they want him dead. Thus: we have a situation where a hit man is trying to kill a hit man who kills hit men. There’s really no more fun way to say that. Lots of horrible violence ensues. 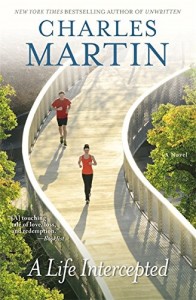 A LIFE INTERCEPTED, by Charles Martin (already released): Matthew Rising is America’s most beloved college athlete, on the verge of superstardom as an NFL quarterback. But the glory and the riches are snatched from his grasp when he is falsely accused of a ghastly sex crime. Twelve years later, Matthew emerges from prison and moves back to his tiny Georgia hometown. He stoically ignores his pariah status as he attempts to win back the love of his wife—who promptly ditched him when the scandal broke—by…coaching a talented kid into football history. (That would certainly win me back if I thought you were a pedophile, guys.) Though awash in lavish descriptions of gridiron plays, the dominant theme here is how love conquers all. As one reviewer put it, “Love Did What Hatred Could Not, And Never Will.” Um, yeah. 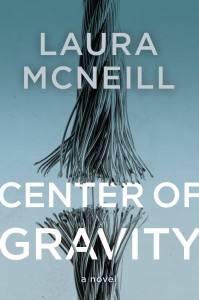 CENTER OF GRAVITY by Laura McNeil (released July 2015) Ava Carson is married to a pompous tool named Mitchell, a college professor. At first, he’s charming, but then he morphs into an unpleasant control freak, and the tension ratchets up even more when he…demands a divorce and custody of the kids. At the very end of the novel, his villainy gets more established with the revelation that he did something really bad in the past, but for me, the drama was underwhelming.

Visit the NC mountains and surrounding areas (and see the ponies) to create lasting memories.

Smarty Save the Date: Meet the Smarty behind...

Olive Oil Anyone? Try Olive This!