I remember the day like it was yesterday.  Monday, April 14th, 2008.  This was the day that my 3-year-old daughter would be starting a new experimental drug at Memorial Sloan Kettering Cancer Center.  The drug was called 3f8.  Our every hope was resting on this new drug that was developed to hopefully cure the Neuroblastoma growing inside her and we were there to receive it for the first time on that rainy April morning.  I did my research on this drug and it was showing promising results, the bad part however (because with cancer… there is always a bad part) was that the pain was intense for your child.  One Mother even told me that it would be like watching your child be set on fire, a pain they have never experienced or can possibly comprehend.  And to make matters worse, she would receive it every day for a week – with three weeks off and then back to receive a week of treatment again… possibly for years. 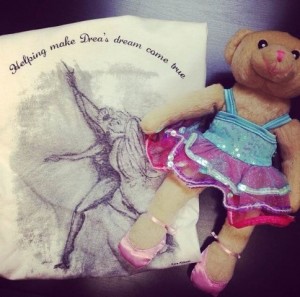 Like most treatments, it is a waiting game.  Rush to the hospital and then sit and wait.  While we were waiting in agony of what we were about to put our child through, three women from the Dance Therapy Department came in to see us.  I know what you are all thinking… dance therapy?  Honestly, I was thinking it too.  But these women connected to Isabella immediately.   They put on relaxing music and played with blue scarves.  They moved these scarves back and forth to a slow rhythm as they taught her to breathe with the movement.  They taught us how to hold her and rock her in this ocean movement with breathing exercises that focused her.

For 10 minutes we rocked and breathed together… and then the pain hit.  At the age of 3, children don’t know what to do with the amount of pain they are experiencing so they hold their breath.  We had to teach her to scream so that she wouldn’t pass out from the pain.  The children feel as if their chest is being crushed, their throat is swelling shut and the pain is surging through every limb in their body.  We knew that we had to do something to help her because the high dose pain medications that they were pushing straight through her IV to her heart were barely touching the pain.  So instead, we turned up the music and began to rock her gently and breathed to the rhythm of the movement that we were all doing simultaneously.  That’s when it all came together.  It was something for her to focus on and her mind was overtaken by the music, the movement, the breathing in her ear.  Our three-year-old daughter who could barely use the potty was doing something amazing in front of us.  She was meditating through pain.

For months we would get these treatments and my daughter would come running to these women who would teach her new techniques – but to her, they were just playing ocean games.   For her treatment each morning, she would close her eyes and curl up on my lap as we rocked together in motion.  You would think that she was asleep but the monitors would tell you different.  She was experiencing childbirth-like pain but this 25 pound little bald girl in a pink dress was in her own dance therapy world.  If you stopped moving, even for a moment, she would open her eyes and the pain would take over.  She had a world that she had created to cope and a world that couldn’t be disturbed or the pain would wash her out to sea like a wave.

Many times as a parent you have an internal struggle with what you allow doctors to do to your child to save her life.  3f8 was one of those treatments that we questioned because we were signing her up to be “lit on fire” in order for her to survive.  Thankfully, the Dance Therapy Department allowed her to receive these treatments in a way that made the situation less scary for everyone.  We had numerous children that we knew that couldn’t receive pain medication to help due to allergic reactions so Dance Therapy was all they had to use during these treatments.  I can’t even comprehend those situations.

Through our process I was able to learn about how the Dance Therapy came to be at MSKCC.   It is all made possible through Drea’s Dream.  This organization provided a Dance Therapy/Expressive Movement program from children with cancer and special needs funded by The Andrea Rizzo Foundation.  Andrea Rizzo had been treated and cured of Neuroblastoma at MSKCC when she was just 2 years old.  She was a gifted dancer and had hopes of becoming a dance therapist so that she could share her love of dance and its positive impact on her life with the lives of sick children.  Unfortunately, her life was cut short when a drunk driver killed her at the age of 24.

Word of the Andrea Rizzo Foundation and Drea’s Dream travelled all the way to Charlotte.  On Friday, June 27th at Elevation Church, our local Miller Street Dance Academy brought Drea’s Dream to life.  For their 20th anniversary, Miller Street organized a benefit performance to raise money for the Andrea Rizzo Foundation.  Over $11,000 was raised that will fund two hospitals’ dance therapy programs.

I was personally so amazed that the treatments that helped my daughter were being funded in my hometown.  I love that my youngest daughter, Sophia, takes dance classes at a business that is committed to making a difference.  Thank you, Miller Street Dance Academy, for knowing that dance is more than just a class you sign your children up to participate in.  Dance can be a healing therapy for children like my daughter Isabella.  The comfort and movement of dance can allow kids to receive life-saving treatments and help in the fight to cure cancer.

Want to support the Andrea Rizzo Foundation?  Miller Street Dance Academy is selling t-shirts ($20), ballerina bears ($10) and An Unfinished Dance, the story of Andrea Rizzo ($15) for sale in their Providence location to raise additional funds for this amazing organization. 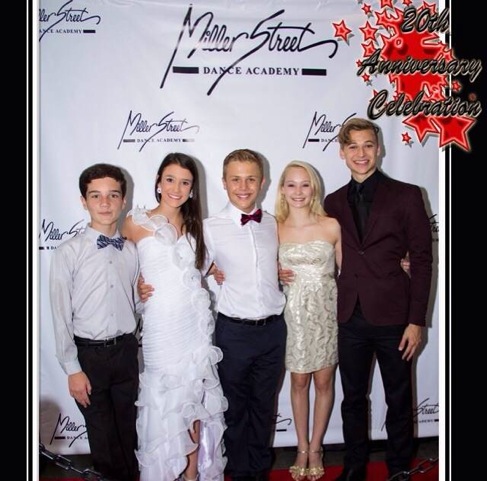 Register online now for Fall classes at the Providence or Baxter Village location.

Training to be a flower girl

We’ve got a Camp Highlander winner!

For the Glory Of Love! Stop Talkin’ Dirty...

Thank you for Your Kind Words and Support